How a Dad Can Grow a Strong Relationship with His Daughter 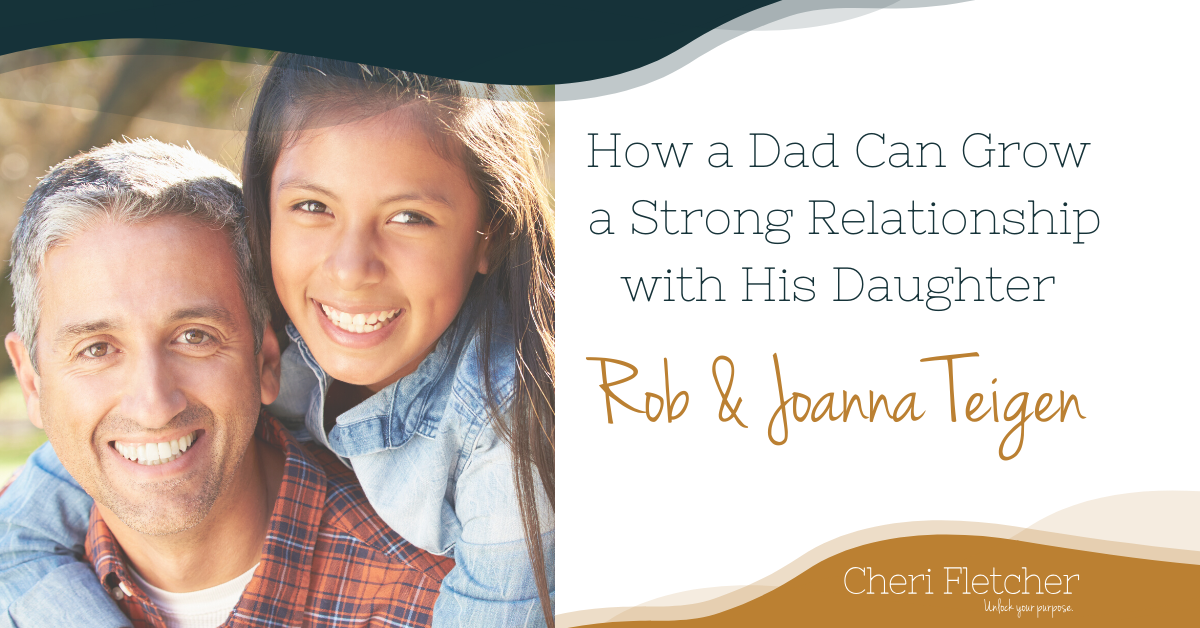 How did your favorite stories start?

For me, there was nothing better than Once Upon A Time…..

I would quickly escape from my flannel nightgown into a fancy ball gown and dance until midnight with a prince. To be adored, pursued, and live happily ever after, I dare say is at the heart of a girl’s dreams. Finding our prince is not just a fairytale longing, we were created by one after all.

A daughter’s first glimpse and understanding of being adored is from her father.  I remember my daughter saying she was going to marry her dad. That quickly changed into her looking for the character of her father in those she dated and who she will someday marry.

Whether the role of a father was positive or negative in our lives, his example is often the standard for us.

“A dad’s love is his daughter’s first taste of the love of God. When he invests in his relationship with his daughter, he builds a joyful home and a voice of influence that lasts a lifetime” Rob Teigen

Building a foundation of trust and safety is so important for the relationship to be built on.  It is not only time but listening that needs to be invested. Like one viewer commented, “it’s a lot of long, emotionally exhausting conversations.”

In our time together the Teigen’s and I share different ways that you can start to build a strong relationship and continue it as you transition into the different roles of fatherhood. We also discuss ways to start mending a broken one and how your marriage sets the tone for your daughter’s future relationships as well.

Rob and Joanna Teigen have celebrated over 25 years of marriage and are loving life with two sons, three daughters, and a beautiful daughter-in-law. They’re a neat-freak married to a mess, an explorer to a homebody, and an introvert to a ‘people person.’ But they do agree that their vows are for always, children are a gift, and prayer is powerful. Rob and Joanna make their home in West Michigan.

This website uses cookies to improve your experience while you navigate through the website. Out of these, the cookies that are categorized as necessary are stored on your browser as they are essential for the working of basic functionalities of the website. We also use third-party cookies that help us analyze and understand how you use this website. These cookies will be stored in your browser only with your consent. You also have the option to opt-out of these cookies. But opting out of some of these cookies may affect your browsing experience.
Necessary Always Enabled
Necessary cookies are absolutely essential for the website to function properly. This category only includes cookies that ensures basic functionalities and security features of the website. These cookies do not store any personal information.
Non-necessary
Any cookies that may not be particularly necessary for the website to function and is used specifically to collect user personal data via analytics, ads, other embedded contents are termed as non-necessary cookies. It is mandatory to procure user consent prior to running these cookies on your website.
SAVE & ACCEPT